How Stoic Philosophy Can Influence CrossFit and Life

“How long are you going to wait before you demand the best for yourself?” – Epictetus

The accomplishments and struggles in a CrossFit gym mimic life frequently. Sometimes things go your way, often times they do not. Some people manage successes and failures differently based on their personal outlook on life, ability to turn negative situations into positive ones and their response to adversity. Stoicism and the philosophers who practiced in ancient Greece may have some insight into managing your daily gym and life experiences in a positive and practical way. But first, a Wikipedian primer on Stoicism

“Stoicism is a school of philosophy founded by Zeno in Athens in the early 3rd century BC. It was heavily influenced by certain teachings of Socrates. Stoicism is predominantly a philosophy of personal ethics informed by its system of logic and its views on the natural world. According to its teachings, as social beings, the path to happiness for humans is found in accepting this moment as it presents itself, by not allowing ourselves to be controlled by our desire for pleasure or our fear of pain, by using our minds to understand the world around us and to do our part in nature’s plan, and by working together and treating others fairly and justly.” 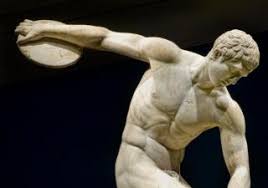 Alright, so why is stoicism important? Well, many of history’s great minds such as George Washington, Thomas Jefferson, Theodore Roosevelt, Ralph Waldo Emerson and many others read, studied, quoted, or admired the Stoics. Stoicism also had a reasonable influence on Christianity as well: (from Wikipedia) “In his Introduction to the 1964 Penguin Classics edition of Meditations, the Anglican priest Maxwell Staniforth discussed the profound impact Stoicism had on Christianity. He claimed the author of the Fourth Gospel declared Christ to be the Logos, which “had long been one of the leading terms of Stoicism, chosen originally for the purpose of explaining how deity came into relation with the universe”. … early Christian writers employed some of the central philosophical concepts of Stoicism. Examples include the terms “logos”, “virtue”, “Spirit”, and “conscience”. But the parallels go well beyond the sharing and borrowing of terminology. Both Stoicism and Christianity assert an inner freedom in the face of the external world, a belief in human kinship with Nature or God, a sense of the innate depravity—or “persistent evil”—of humankind, and the futility and temporary nature of worldly possessions and attachments.”

Thanks for the history lesson, right? But the important thing is how this ancient philosophy applies to the present, our day to day struggles and successes, and our 3-7 days a week of an hour long CrossFit class.

“It is impossible for a person to begin to learn what he thinks he already knows.”- Epictetus

Let’s start with the beginning… Do you remember how nervous you were for your first CrossFit essentials, your first day at school, or your first day at your new job?  Remember how excited or nervous you were to learn and expand your knowledge? Did you think you were an expert already or were you open to new experiences? Do you remember how much humility you showed in those early days? Why should that humility leave you? The fun thing with CrossFit, and life, is there’s always something to learn. When you walk in the gym, or a meeting, or read a book, let your mind expand and grow. Learn something new from someone everyday

“A gem cannot be polished without friction, nor a man without trials.”-Seneca

The adversity you face with a tough workout or challenging phone call or difficult work conversation shapes who you are as a person. Your ability to push through these uncomfortable situations will only improve your ability to handle them in the future. Don’t cherry pick the WOD of the day or avoid necessary discussions.

“First say to yourself what you would be; and then do what you have to do.” ― Epictetus

What are your goals in the gym, or in your relationship with your significant other? Want to be a better husband or wife? Set goals for your marriage. Want to be better at ring muscle ups? Set goals for working on them daily. Hold yourself to these goals, be honest.

“Apply yourself to thinking through difficulties—hard times can be softened, tight squeezes widened, and heavy loads made lighter for those who can apply the right pressure.”-Seneca

Getting crushed by a workout? Feeling sorry for yourself because you woke up with a flat tire and you spilled your coffee (happened to me on a Monday)? Have faith in your abilities and strengths, lean on them. You can do this, you’ve been successful on every other day at this point, this day is no different.

“It never ceases to amaze me: we all love ourselves more than other people, but care more about their opinion than our own.” – Marcus Aurelius

Worried about how you’ll look if you fail a new movement (hand stand push-ups, pull-ups)? Worried about what someone will think if you bring your own lunch to work to eat healthier? Who else’s life are you living that their opinions so matter to you? Tell yourself that while your actions may sometimes affect others, only you are responsible for your day to day decisions.

“You live as if you were destined to live forever, no thought of your frailty ever enters your head, of how much time has already gone by you take no heed. You squander time as if you drew from a full and abundant supply, though all the while that day which you bestow on some person or thing is perhaps your last.” ― Seneca

Live each day with intention, wake up with a mindset to improve, have a positive influence on your children, compliment a peer at work, and cheer on your “gymemy” (whoever you always try to beat in the WODs). You never know what the day brings or who will benefit from your positive outlook.

“If anyone can refute me—show me I’m making a mistake or looking at things from the wrong perspective—I’ll gladly change. It’s the truth I’m after, and the truth never harmed anyone.” – Marcus Aurelius

Don’t cling so tightly to a belief or dogma that you can’t fathom hearing the other side. The New England Patriots are the best football team of all time? I disagree and so do Steelers fans, but tell me your argument and educate me. Maybe we’ll both learn something new.

“What man actually needs is not a tensionless state but rather the striving and struggling for some goal worthy of him.” – Viktor Frankl

I firmly believe that the unchallenged life is one of boredom and complacency. Men, women and children alike thrive when challenged and are rewarded when showing themselves what they’re capable of.

“I judge you unfortunate because you have never lived through misfortune. You have passed through life without an opponent—no one can ever know what you are capable of, not even you.” – Seneca

“Difficulty shows what men are. Therefore when a difficulty falls upon you, remember that God, like a trainer of wrestlers, has matched you with a rough young man. Why? So that you may become an Olympic conqueror; but it is not accomplished without sweat.” -Epictetus

When faced with tough competition, how will you show up? Will you give it your all in the face of adversity or will you make excuses if things don’t go your way? Are you avoiding doing a competition Rx because you’re afraid of finishing last? Are you avoiding volunteering for a tough project that may not succeed? Put in the work, you either win or you learn.

Practice what you preach, live a true life inside and out of the gym, be honest with your rep count, and practice healthy eating and sleeping habits.

“…rejoice in all their successes and be moved by their every failure.”-Senec 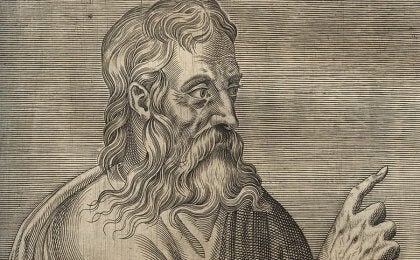 What about those around you, what about supporting your peers with their PRs, cheering them through tough workouts, and picking them up when they are at their most vulnerable state instead of turning on them to fend for themselves? A big tenet of stoicism is contributing to the greater good.

In short, I firmly believe regardless of your background, abilities, strengths, and weakness you can apply many of these principles to your day to day struggles and successes within the walls of the gym and outside those walls in the box we call life.

And last of all, enjoy the process- “Dwell on the beauty of life. Watch the stars, and see yourself running with them.”― Marcus Aurelius, Meditations

Further reading on Stoicism and CrossFit

A Stoic Approach to Injury in Sport, Exercise and CrossFit

CrossFit, Stoicism and an American Prisoner of War-The CrossFit Journal